“Thirty seconds until self destruct.”

Captain Boris Picklefox stared, wide-eyed, at the blinking console.
He knew that he knew which button to press in precisely this situation; he’d been shown at the start of his first week in charge of the Galactic Cruiser and every second Wednesday since.

He extended an arm and hovered his hand over the buttons, sweeping from left to right, hoping his fingers would work in much the same way as a dowsing rod.

“Ten seconds until self destruct.”

Captain Boris Picklefox closed his eyes, licked his lips and made his choice.

This piece was submitted as part of Friday Fictioneers, hosted by Rochelle Wisoff-Fields. 1 photograph. 100 words. Often with over 100 people taking part. 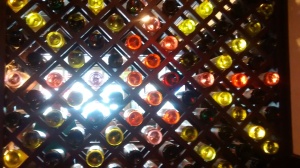