It’s not all fun and games sitting at home playing video games. Being at home all day creates this nagging sensation that perhaps one should actually do some of those jobs that one doesn’t normally get around to until the weekend and which, because it’s the weekend, one then doesn’t feel compelled to do.

All of which basically means washing up, washing clothes, cleaning the bathroom and constantly tidying up after children is drastically eating into my Xbox time.

In fact after the kids are dropped off, the morning chores are done and I’ve fired off enough job applications to sate my guilt glands, I normally have just the right amount of time to watch the loading screen for GTA before the kids are knocking on the door. I’ve tried closing the curtains. I’ve parked my car a few roads away. I’ve even put up a SOLD sign in the front garden but those little humans just keep returning.

The days don’t return though. They keep disappearing. One minute I think I’ve got all the time in the world. The next minute, the world is another week older and my inbox is a little bit fatter with “thanks for your interest,”s and “we’ll keep your CV on file,”s.

I should definitely get a job. Getting a job would slow the clock right down. 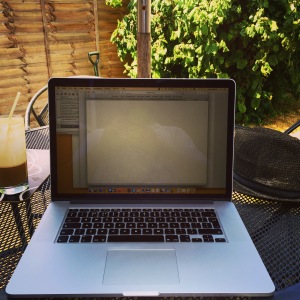